A Great Auntie in the Making? 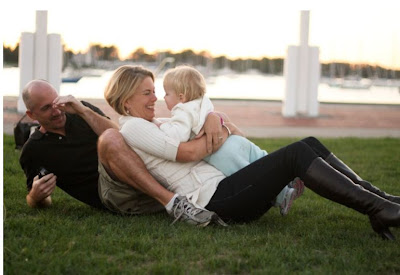 Last weekend, my little sister came down to do a portrait party for my family and some friends. At our shoot, the added benefit was that my niece was there. Zoe is very much on the move these days and super finicky about anyone who isn't her mom or dad, so while I don't usually get to score a hug, this time I managed to "catch" her as she toddled past!


It's hard to believe that Zoe has been here for 14 months. Ben, who's almost eight, remembers a time in his life when there was no "Zozo", while Syd, who's four and a half, can't really recall anything before "Zoester the Toaster." Zoe has grown (literally) by leaps and bounds this past year and is developing such a personality. Her laugh is more like a squeal, she is incredibly enamored with her cousins, and she has these great conversations that only she understands. Some days she looks like her daddy, but lately, she's a ringer for my sister at that age.


It's this new title that I am still getting used to - being an aunt, that is. I'm already a mom, wife, daughter, daughter-in-law, sister, sister-in-law, niece, cousin, friend, neighbor, and more than a few things that should remain unwritten!
There was a time when figuring out the role of auntie was a mystery, solved only by experience. Thanks to the wonderful wit and wisdom of Melanie Notkin, you'll never be alone again! Melanie has created an amazing community called Savvy Auntie, that has turned into a successful business, super brand, and soon to be best selling book that you can pre-order right here. 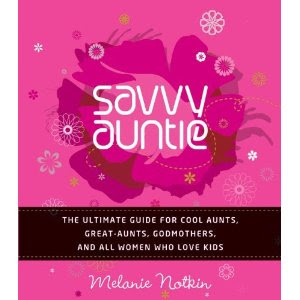 In Melanie's words, "A Savvy Auntie is one who understand that Aunt-hood, just like parenthood, doesn't come with an instruction manual, and seeks to discover how to be the most Savvy Auntie she can be and inspire other Aunties in the same way. She's savvy in every other aspect of her life; now she can be savvy about kids too."
No matter your role - if you like kids, bookmark her site and like her page. There is a Spanish proverb that reads, "Only an aunt can give hugs like a mother, can keep secrets like a sister, and can share love like a friend." Thank you Zoe for giving me the chance!
Written by tqote
Email This BlogThis! Share to Twitter Share to Facebook Share to Pinterest
Labels: aunts , journal , melanie notkin , nieces , roles , savvy auntie
Newer Post Older Post