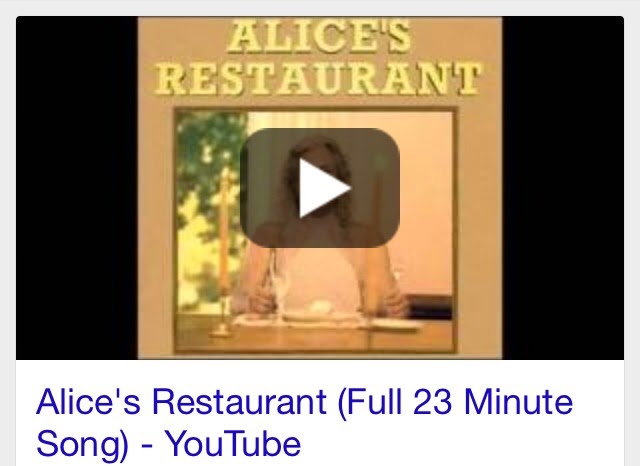 http://youtu.be/LjKF7aQthcQ
Thanksgiving has a few standard traditions: family, football and Alice's Restaurant.
We had The Folk Songs of Woody's Children growing up, on Saturday nights on WQXR. My music education was beyond most of my friends, between the opera singers my sister and I were named after, the Broadway musical soundtracks, the Streisand and Sinatra vinyls, and the Gershwin and Copeland classics on repeat on the record player.
My older brother introduced me to Arlo Guthrie more than 30 years ago. I played my cassette in my 'fancy' tape deck, then in my 'boom box' then on my stereo.
Alice's Restaurant was an instant classic, and a perfect compliment to the dry, sarcastic wit of my family. It was (and is) an anthem to stupidity. A cry for common sense. A story so silly it has to be true. The original dramedy, long before reality tv was a thing.
I look for it every year, seeking it out on the radio. If I can't find it there, I'll head to the internet for my fix. I'll read the lyrics, hearing the banjo in my head, and Arlo's perfect delivery of the best Thanksgiving monologue ever written.
This week Arlo announced that he's heading back on tour for the 50th anniversary of the story that birthed the monologue, the song, and later the movie.
One of the reasons that this song endures is that stupidity has never gone out of style. We still lack a lot of common sense, generally speaking. Every day you hear and read stories of people imprisoned for petty crimes and others set free for terrible, treacherous ones. Logic is a luxury available only to a few.
The other reason, of course, is nostalgia. This song reminds me of my youth. Of wars that existed only in romanticized stories and songs, and didn't touch anyone I loved. Of simpler people and simpler times. Of holidays where everyone was still there, happy and healthy. What I wouldn't give for one more spin of that record. 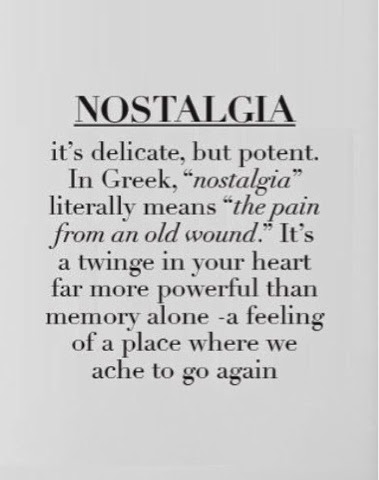