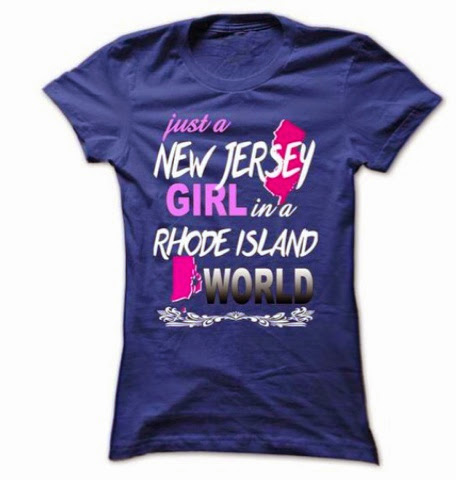 If you've been on FB this year, you've probably seen a similar shirt with your own personal info dumped in. Thanks to the magic behind the scenes, you've probably seen lots of surprisingly smart ads for products that you've recently searched for online, or for things that check off boxes of personal details from your profile. I've got one for a tee about my college major. (Seriously, it wasn't that popular a major and I'm guessing there's not a lot those things flying off the shelves.). That's marketing for you. Magical, mystical marketing. And I love it. But, I digress...
I haven't lived in that many places in my life. Eighteen years in New Jersey, four in Rhody, one more in Jersey, ten in and around Boston before the last decade back here in Rhode Island.
In every village, I've found my tribe. I have fond memories of every place, and of many, many people. In another life, they'd be mere memories, maybe entries in a diary or pictures in a scrapbook. But, thanks to the power of social media (hate it all you like) I carry my tribe with me wherever I go. From village to village.  In context, each tribe makes sense - they fit the story of my life at that time. Lumped together on a friend list, they're an odd assortment of people who'd have little in common if they were in the same room.
In another lifetime, we'd exchange one tribe for another as we moved through the chapters of our lives. Today, it can feel like a mini multiple-personality disorder as we interact on the same platform with one another. We have one dialect for the kids you grew up with and an entirely different one for the people with whom we work. We're the same body, but we're also two very different people as far as they're concerned. And the more tribes you have, the more dialects, the more personalities.
There's your thought for the day. You miss talking about squirrels now, don't you?
Written by tqote
Email This BlogThis! Share to Twitter Share to Facebook Share to Pinterest
Labels: #NaBloPoMo , journal , tribes
Newer Post Older Post