The New Adventures of Old Kirsten 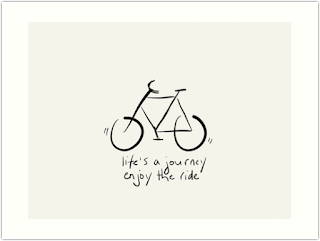 Not sure what I've gained in skill, but I do think I have gained much in perspective.

And from the posts of my fellow writer friends, the same kind of revelations have been happening for others, as well.

Is it to gain fans? Sell products? Boost page views?

Did we lose our way?

I have a box full of writing from elementary school through college.  Fiction, poetry, prose - all written painstakingly in long form.  Sometimes for an assignment, sometimes just for joy.  I have another box of writing from a few years back - all for joy.  All in the hopes of maybe someday pulling something together - for me.

Yes, I had hopes of publishing.  Maybe I still do.  But, then I look around.  It's a very crowded space.

And that's not a bad thing.  Or a complaint.  I see a lot of stuff out there that puts my writing to shame.  I am not throwing shade.

What I am realizing is that in an effort to stay relevant, I lost relevance.  In an attempt to compete with an ever changing algorithm,  I hit publish on shit that never should have seen the light of day.

It's not #NaBloPoMo that's to blame, it's me.  I didn't have to participate.  I did it to try to create a daily habit of writing.  I see my #NaNoWriMo friends do it and do it well.  Maybe because it's 30 parts of one whole it is a whole different story.

I can't write in parts.  It's beginning middle end.  It comes in a burst, it goes in a burst.  That's why my best stuff isn't anywhere.  It floated out of my head in the shower.  Or in traffic.  Or while I was supposed to be focused on something else.  And when I had the time to go back to it, it was gone.  The idea might still be there, but the impromptu, unscripted, unfiltered rant is in the wind.

So the perspective I gained?  It's that it might be time to make some new resolutions about writing.  About what to write, when to write and who to write it for.

In real life, I am sharp witted and sharp tongued. I have an opinion on everything - anything - and often a flurry of curse words for added flourish.  That's the conversational me.  The what you see is what you get -- in real life.

But when I write - when I am really compelled to write more than a status update - it's often more philosophical.  More serious.  More contemplative.  I recognize that for everything I know, I have a lot to learn.  And in the last thirteen years of my life I have been both blessed and cursed.  To live my own life, as I can only watch my children live theirs.  In control.  No control.  Ironic.

As I press Publish on the last two posts of #NaBloPoMo, I think I have decided to go back to the beginning.

To do the hard work.

To remember what I did it for in the first place.

In the meantime, I have two boxes of stuff that I might share.  Some of it is sweet and some is rough around the edges.  The writing of an adolescent, a teenager, someone single, married, happy and sad.

I'm not sure where I am going, but I am looking forward to the journey.